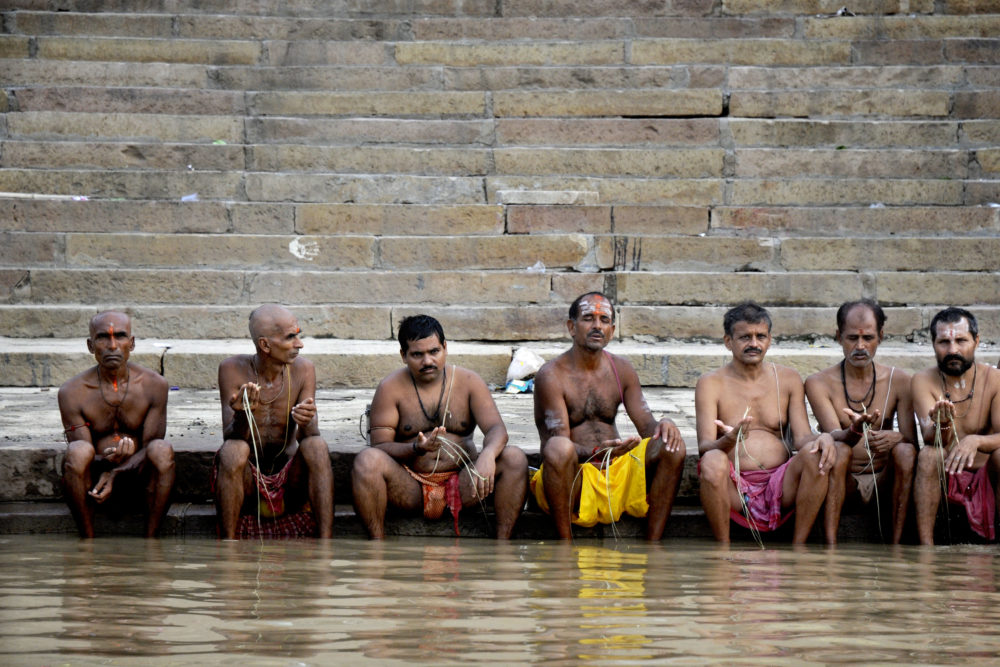 ‍This city is a foreboding maze. A labyrinth rising from the banks of the Ganges River; it maintains itself through testy power circuits, never-ending infrastructure, and the millstone that history must precede itself here.

It seems there is not a point in time here when convoys of vehicles and caravans of people going to and leaving their first destination does not exist. The incessant, abrupt noises and overwhelming heat makes trying to get a full night’s rest impossible and every morning feel like a hangover. I could benefit from more time in India. India.

This is a difficult city to encompass (as any place so full and enriching is) in a short period of time. It has been from the rooftops and open doorways that I have seen the most alluring points of life. – A line of ten men moving bucket after bucket from the front steps of a home to the roof, filled with what I don’t know. Being woken up by the loud chants of holy men, and the babbling, crying, and playing of children, to see out my window a mother  hanging laundry on a clothesline and preparing for the rest of the day. A woman adjusting her son’s day-stained t-shirt before leaving the front step together. Our hostel host offering gracious amounts of time advising what foods we shouldn’t miss.

A sitar lesson. Legs crossed and intent on impressing the instructor by hitting one full clear scale. Unsuccessful; yet, fulfilled by the talent in the room, so a success to be sure.

A silk factory is the day’s work of a man’s fingers so nimble, to be laid out in a den of woven silk bedding and pillows, dyed by another person’s hands in between – a human I hope has the most vivid dreams to be able to create so many variations of bright gilded colours.

A confusing disarray of  narrow alleys and uneven streets filled with aromas I can’t begin to guess or describe. I have not built this refined olfactory capacity.

The pilgrimage and rituals of life and death remain on the west steps of the ghats. 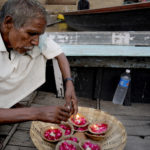 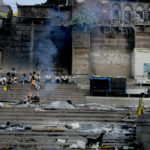 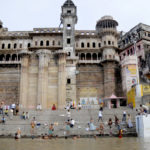 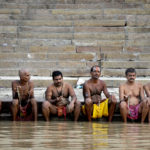 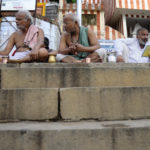 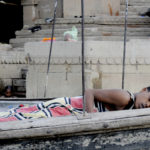 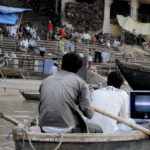 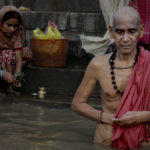 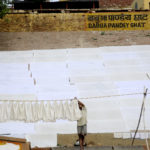 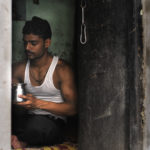 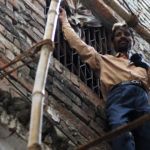 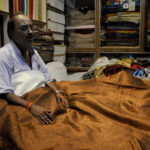 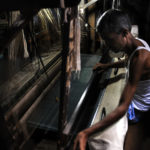